Since its founding in 2007, Dance House Lemesos has served as a catalyst for the inclusion of contemporary dance in Cyprus.
Dance House Lemesos focuses on the body and its functions, for being a tool for interpretation, research, communication and moreover as a vessel for challenging and commenting on the sociopolitical realities.

The common vision of these founding artists to create a structure that would allow dance art to develop on the island, progressively evolved into Dance House Lemesos. Between 2005-2007 Dance House Lemesos was functioning through the personal financial investment of the founding artists, while they were initiating and running artistic projects for the whole local artistic community.
Dance House Lemesos officially opened its doors on the 1st of October 2007 being the first organisation -recognised and sponsored by the Cultural Services of the Ministry of Education and Culture- for developing and supporting the professional contemporary dance in Cyprus.

Dance House Lemesos is funded by the Cultural Services of the Ministry of Culture and Education and supported by Limassol’s Municipality. 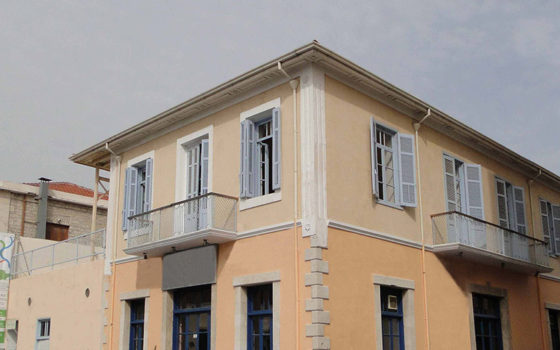